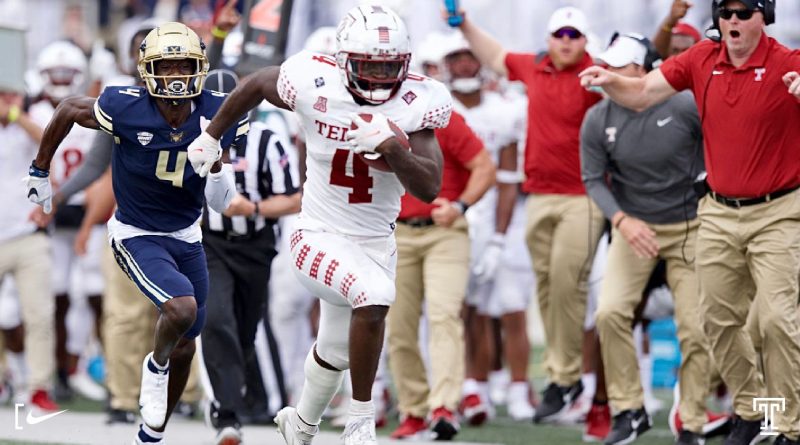 After a 47-point blowout to Rutgers in the season opener, Temple football, with a new quarterback, bounced back with a 45-24 victory at Akron.

In the Week 1 loss to Rutgers, quarterback D’Wan Mathis left the game early with an injury to his left foot. After a 3-and-out from freshman Mariano Valenti, true freshman Justin Lynch took the field. On his first throw, Lynch threw a pick six, a less than ideal start to his college career.

Still recovering from his foot injury, Mathis did not play last Saturday, leaving Lynch to get the start. After an 0-3 passing performance against Rutgers, Lynch balled out against Rutgers. The true freshman went 19/23 passing with 245 yards and two touchdowns. Both touchdowns, seven of those completions and 170 of those yards went to Randle Jones, whose efforts earned him a spot on the AAC’s Week 2 Honor Roll.

So, as expected in today’s football landscape, Rod Carey’s weekly media availability began with a conversation about his quarterbacks. In his opening statement, Carey noted that he was “pleased with Justin’s game. There were a lot of positives.” He added that he saw Lynch’s “maturity and composure come through on film.”

Carey mentioned that, “you always like to have one quarterback.” Although that may be true, it may not be a luxury for Temple football this season.

Mathis starts this week listed as day to day. If he can’t go, Lynch will start again this Saturday against a Boston College team that also has health issues in its quarterback room. Phil Jurkovec, the Eagles’ starter, could be out for the season with a wrist injury he suffered in Saturday’s win over UMASS.

If Mathis is out, and Lynch plays well again, Carey knows he will have a decision to make. However, he isn’t worried about that right now, saying that the team will “cross that bridge when we come to it.” As everyone knows by now, Lynch has been running Carey’s system since his days at Mount Carmel in Chicago. Lynch’s brother, Jordan, played and coached under Carey at Northern Illinois. So, the question stands: Do you go with the guy you named the starter in the summer or the true freshman that has been running your system since he was in high school?

Quarterback wasn’t the only bright spot of last Saturday’s win as Carey noted that the team “played more physical on all three phases than we did the week before.” During the Rutgers game, Temple committed two key penalties, lost a fumble, and allowed 168 yards to Aron Cruickshank on special teams alone. Though the offense didn’t help with field position, the defense gave up seven touchdowns to the Scarlet Knights.

In the win over Rutgers, the special teams only allowed 37 total return yards. The defense on the other hand, only gave up six touchdowns. Linebacker William Kwenkeu’s seven tackles, three tackles for loss, and two sacks were enough to win AAC Defensive Player of the Week.

Carey made it known that he was “very, very pleased with the defense.” However, he added that he would like to see the team clean up on missed tackles. Not only that, but he and Kwenkeu have stressed this week that the defense has to get off to faster starts.

The defense will have to come out firing early this Saturday as Boston College running back Patrick Garwo III erupted for 160 yards last week against UMASS, earning him ACC Running Back of the Week honors. 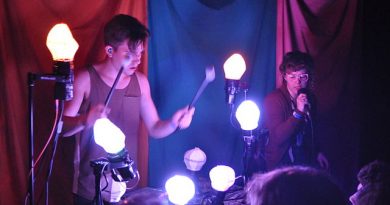 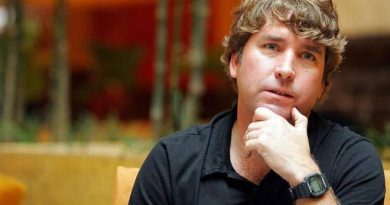