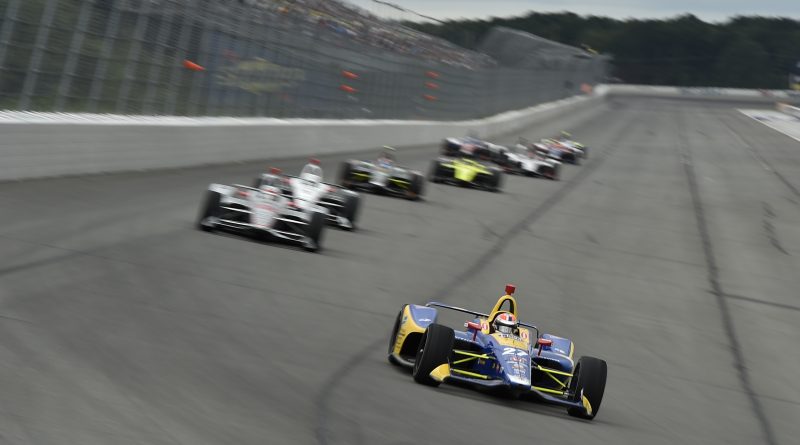 The ABC Supply 500 at Pocono Raceway was captivating in more ways than one. After a crash at the start, a terrible accident on the next restart, and some smart pit strategies, Alexander Rossi lapped all but three drivers en route to the second oval win of his career.

Let’s take a look at what happened.

Right at the start of the race, Graham Rahal hit the back of Spencer Pigot’s car.

Rahal accelerated faster than the rest of the field.

Pigot smacked his rear wing into the wall. He was able to return to the race a few laps down.

Check out the damage on Rahal’s front wing. He received a drive-through penalty.

Then, one of the scariest wrecks in recent memory took place.

Robert Wickens was violently rotated off the catchfence.

James Hinchcliffe got out gingerly. X-rays on his hands came back negative.

Pietro Fittipaldi needed a breather. He was OK.

Takuma Sato and Ryan Hunter-Reay were also involved but suffered no injuries.

Look at the damage to the catchfence.

There was so much carnage.

Zach Veach got by.

Take a look at the crash from Hinchcliffe’s helmet cam.

Look at how well that car stayed intact.

Fittipaldi saw that he was going to hit Hinchcliffe, so he slammed the brakes.

This is at full speed.

Hunter-Reay’s in-car camera was ripped off by Wickens’ car. This was a close-call for Hunter-Reay.

The track crew was at work to fix the fence.

Wickens was airlifted to the hospital. Paul Tracy said on Twitter that he has two broken ankles, a broken arm, and possibly a fractured vertebrae. He was awake and alert at the scene of the accident.

Here was the fixed fence. Bourdais wasn’t impressed with the repair job.

No one went two-wide in turn two.

He started flying away from everyone else, putting Max Chilton a lap down with a late move into turn one.

Putting Daly another lap down was a bit more simple.

Dixon pit early during the second pit cycle to get clean air and jumped to fourth-place. Marco Andretti did the same thing and actually passed Dixon for third.

Will Power started to gain time on Rossi after traffic started to play a factor.

Andretti was the first driver to come in during the third pit cycle and had lots of clean air to work with.

Rossi and Power came in on the same lap, but their pit stops were under under review by the stewards.

Power received a post-race fine and a warning for hitting another team’s equipment.

Rossi came back out into traffic, and Ed Carpenter swept by him to get back on the lead lap.

Rossi and Power were far in front, but Andretti, Dixon, Bourdais, Josef Newgarden, and Veach were within a few seconds of each other.

Simon Pagenaud slowed Rossi up, allowing teammate Power to get within one second of Rossi.

Andretti pit first during the fourth cycle, but a slow stop cost him positions.

Rossi pit a lap before Power…

…And Power was able to take the lead after the cycle…

…But only for a couple laps.

Rossi lapped Newgarden, putting everyone except Power, Dixon, and Bourdais a lap down.

Conor Daly hit the wall right in front of Rossi, but there was no caution.

On the final pit cycle, Power lost a lot of time on his entry and fell behind Rossi by six seconds.

Rossi caught up to Bourdais late in the race, but he didn’t plan to make a move on him.

Rossi dominated all day, winning the race after leading 180 of 200 laps.

Time for a celly.

Rossi is now 29 points behind Dixon in the championship. IndyCar travels to Gateway this coming Saturday for the third-to-last race of the season. 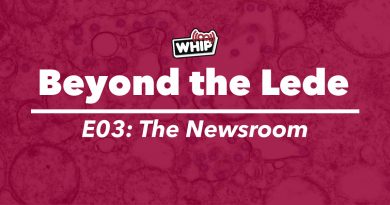 Beyond the Lede E03: The Newsroom 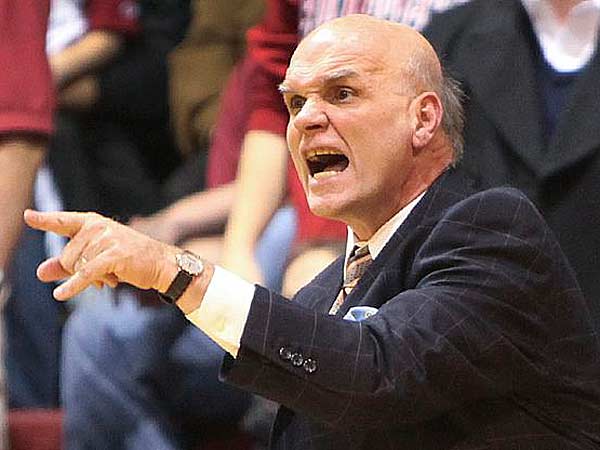 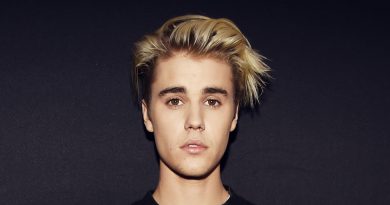 Justin Bieber Opens Up About Depression and Anxiety