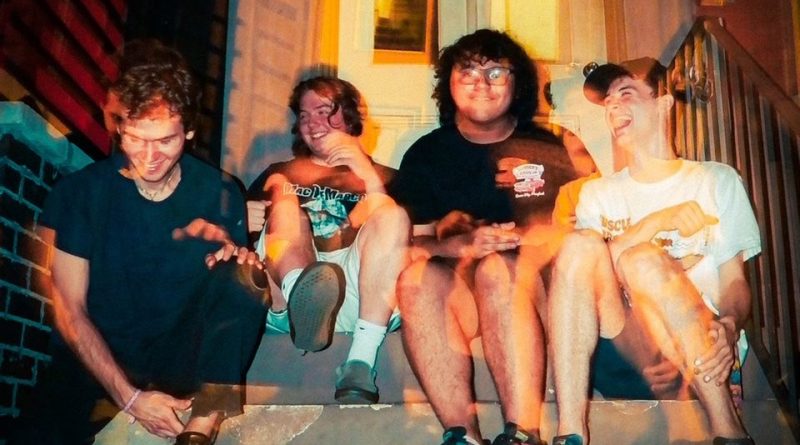 Indie-rock gem, Attack Dog, is a fresh find in the Philly house show scene. To discuss their recently released EP, Body Heat, I met up with the brain behind the band. On a steamy Friday afternoon on the rooftop of Mazur Hall, Dylan rolled up on his skateboard and we jumped into talking about his creative process for this new project, the realities of the house show scene, and how he rejuvenates his creativity to produce some of his best work to date.

Zoë: I’ll be transparent here: I started my process of preparing for this interview by listening to your older stuff before the new content to get a feel for your sound and how it has progressed over time. First off, I want to commend you all for the advancement in production of this project in comparison to singles like “Belly of the Beast” and “I Don’t Need Nothing.” So, in what ways do you feel as though Attack Dog has experimented with sound, lyrics, production, etc. on this EP in comparison to your past work?

Dylan: Well, over the course of making this project I have learned how to make things sound better by having the luxury of using marginally more advanced equipment. Plus, my friend Josh, who plays in a band called Bip, mixed and mastered it. The mixing makes it sound much more professional and his touch was the cherry on top. Also, my friend Jia, who I play in a band with called The Cowpokes, she plays bass but sings in the song Body Heat–

Zoë: Is she the background vocals?

Dylan: Yeah, she did a really good job and was added in post production. Aside from that collaboration, this EP is still very much my baby.

Zoë: Those kinds of particular elements of production stood out to me. When the background vocals transcended to eventually accompany the beat of a cowbell, that was a flawless fade. What’s your creative process for this and how do you delve into exploration with layering different sounds? Do you test stuff on a whim or does it just come to you naturally? What is it like when you are brainstorming?

Dylan: For this EP it was the first time I demoed every song and then ater executed them in a more deliberate and formal process. I would have a scrappier version and from there I would evaluate which were keepers and losers. A lot of the time I feel when I record I’m very indulgent, so I throw a lot at the wall and I allow a lot to stick. Yet, with the song Body Heat I tried to be a reductionist and I tried to say more with less. Specifically with those sounds, I wanted to let that section of the song breathe more.

Zoë: I think holding back let that part have an intense buildup. It was executed well to keep the listener on edge for what was to come next.

Zoë: I’ve seen you perform a few times at house shows and was actually at your gig at the Mansion last weekend for the EP release show. Do you feel like performing primarily in that scene has influenced your music? Do you focus on certain beats or melodies that will carry well in that environment or to excite the crowd?

Dylan: Yeah, you know that’s the concept behind the song Body Heat. We are usually playing music that’s sometimes harsh and very fast-paced live and with this we wanted to make something that would maintain that energy. We wanted something people could dance and mosh to and would also leave with the melody in their heads. I wanted it to be contagious.

Zoë: Yes! Those guitar riffs are so catchy. Honestly, it reminds me of the Strokes. Do you take inspiration from them?

Dylan: *Laughs* Yeah a bit. I really like that band.

Zoë: In the coming future, do you have an Ideal venue to play this new EP? Anywhere in Philly you’ve got your eye set on for a gig?

Dylan: Ummm, no, not really. I really like playing shows at Over Yonder, the Mansion. Both of which we played the weekend of the EP release. We played two shows over at 4333 and those shows are always a fantastic time since it’s more professional with having so many resources.

Zoë: Totally. I went to a show they hosted for Suite45 and the setup was in this shipping box container with strung up fairy lights everywhere. It was such a dope concept for an intimate show.

Zoë: Now, I want to get to some more personal and fun questions. Let’s start with who is your dream featured artist for the next Attack Dog single? Anyone.

Zoë: I guess we could throw in dead or alive. Why not?

Zoë: What do you like to do outside of music that contributes to your musicality? Is there a hobby that you turn to in order to rejuvenate that creativity?

Dylan: Reading is a kind of liquid in, liquid out. If I’m absorbing different mediums of creativity, I find my well of creativity is easily replenished. Plus, it’s nice to steal from books. I’ll pick out certain words from the text that stick out, write it down, and try to incorporate them in some way.

Zoë: Are you going a more fiction or non-fiction route? Or no preference?

Zoë: I bet. I’m into mythology/fantasy stuff too. Okay, so for this next question, you’re going to have to pick another musician. Let me paint a picture for you.

Dylan: Go for it.

Zoë: You can pick any restaurant and invite any musician as your plus-one. Where is this dining experience going to take place and who are you bringing?

Dylan: Someone I’d really like to pick the brain of is Paul McCartney in a vegan restaurant.

Dylan: No, but I know he is and he’s really weird about it. *Laughs*

Zoë: Right, you gotta be respectful to a legend like that. I won’t lie, I always want to pick Kanye for questions like this.

Zoë: I would just want to sit back and listen to all the tangents and symphonies from him.

Dylan: That seems like it would be much more of a monologue than a dialogue.

Zoë: *Laughing* Yes, but I want to be enlightened!  Well, that should be it from me. I wish you the best with success for this new EP, it’s very much well deserved. 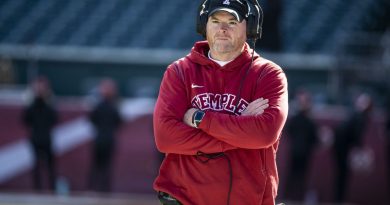 Rod Carey Out as Coach at Temple 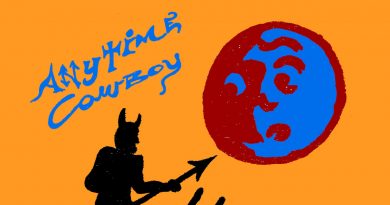 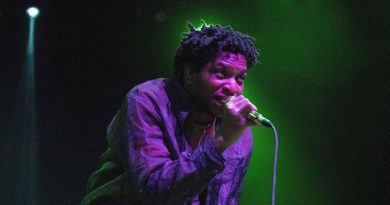