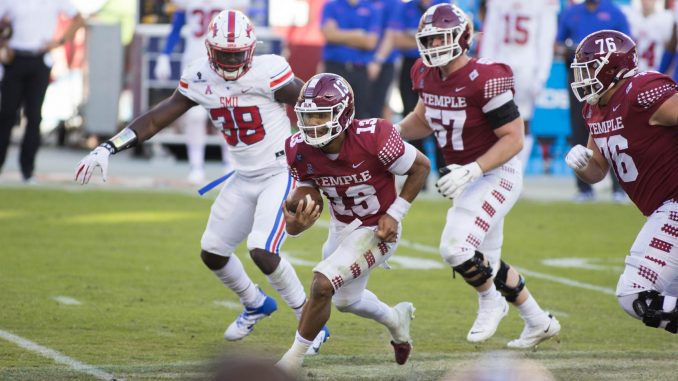 Photo Courtesy of The Temple News

After taking the 13-10 lead at the half, Temple football had a chance to win against No.18 SMU, but the Mustangs’ offense, led by quarterback Shane Buechele, awakened and outscored the Owls 37-10 in the second half.

Buechele was accurate with the ball and decisive with his decisions. He found Tyler Page on a 44-yard touchdown on the first series of the third quarter, Page caught the ball in the middle of the field and was not touched.

The Owls had a chance to change the momentum of the game when they decided to go for it on 4th and 1 at their own 34 yard-line. Quarterback Re-al Mitchell ran the ball for no gain and was stopped short of the first down marker.

The Mustangs took advantage of the turnover on downs when running back Tyler Lavine ran for a two-yard touchdown to put the Mustangs up 26-10 at the beginning of the fourth quarter.

The Temple defense for the past two weeks has played well in the first half, but in the second half, they have collapsed.

“In the past few games we have shown we started well in the first quarter,” said linebacker William Kwenkeu. “Second half we got to make sure that we are finishing with the same intensity.”

The Owls’ defense is depleted with injuries, Freddie Johnson, Isaiah Graham-Mobley, and Jordan Magee were among the players who were out Saturday.

Still, head coach Rod Carey does not want to make any excuses for his defense.

Buechele was able to spread the ball out to many of his playmakers. Tight-end Kyle Granson finished with six receptions for 149-yards with one touchdown and Tyler Page had nine receptions for 131-yards and two touchdowns.

Wide receiver Rashee Rice was also productive, he had five receptions on 59-yards and a touchdown.

On the other side of things, the Owls’ offense looked much improved on the first few drives.

On the first drive of the game, Trad Beatty hit Randle Jones on a quick pass and Jones quickly burst up the field for a 75-yard touchdown.

At the end of the first quarter, Tavon Ruley ran for a three-yard touchdown after an 11 play drive for 61-yards.

The Owls were not able to find the same rhythm in the second half. Beatty missed the remainder of the game due to an injury and Anthony Russo had to suit up as an emergency quarterback in case Re-al Mitchell got hurt.

The Owls weren’t able to move the ball successfully and didn’t score until its final possession when Mitchell hit the tight end, Aaron Jarman, for an 11-yard touchdown with 35 seconds remaining in the game.

The offense had chances to score and just were not able to capitalize.

“I think just throughout the game we had some opportunities after we converted on third down and kept it going, but really couldn’t capitalize with a touchdown,” said Mitchell. “As an offense, we have to move on from this and keep getting more consistent when it comes to stuff like that.”

A positive takeaway from the game was that Mitchell and Beatty both looked more comfortable.

“They were both a lot calmer this week, it’s their [second] game and there was more of a sense of comfort there,” said Carey. “Certainly [there are] some things that have to get better, but I was pleased to see the improvement.” 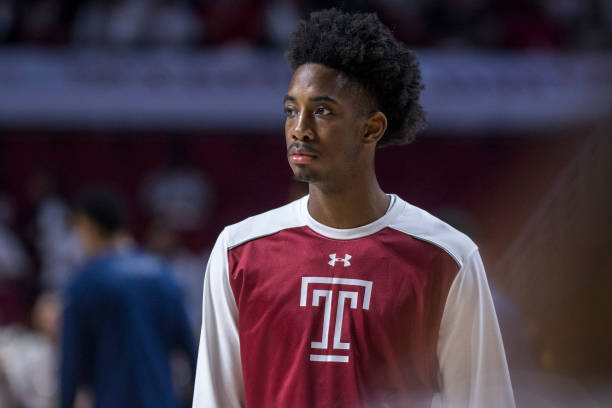 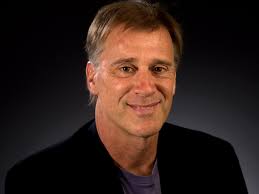 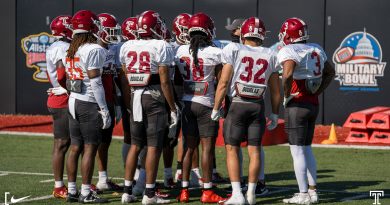