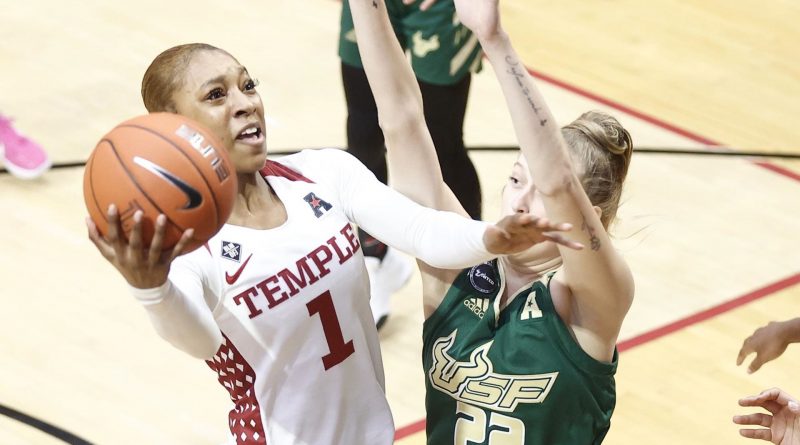 Temple came into Wednesday’s game against USF as a heavy underdog.  Deservedly so because the Owls have struggled against teams with a better record than them and USF came in ranked #13 in the country on a 12 game winning streak.

With the odds stacked against them, Temple came out with an extra sense of intensity.  Unfortunately for them, basketball is a four-quarter game and USF took control in the fourth quarter to pull out the victory 56-47.

The loss drops the Owls down to 9-6 in the conference. USF moves to 11-0 and keeps rolling with their program-record 13th straight victory.

The Owls came into this game 7-0 when leading at the end of the third quarter so when they came down the stretch up by 5 points, the energy on the Temple bench and the 10 spread out media members in the building was through the roof.

While the Owls’ defensive intensity was a benefit to them in the early stages of the game, it soon became their downfall as the Bulls found themself headed to the free-throw line 11 times in the 4th quarter.

“Our biggest issue is committing fouls,” said coach Cardoza. “It’s just being disciplined, some of our fouls are like, why did you do that? You’re already in foul trouble, why would you stick your hand in there?”

While Cardoza loved the team’s intensity, she notes that the team really hurt themselves down the stretch.  Not only were the fouls setting up free throws for USF but they also got the Owls into foul trouble which hurt the team on both sides of the ball.  “Lex (Alexa Williamson) got 8 shots, Lex is another option, she’s our third-leading scorer but she’s sitting on the bench”

Both Alexa Williamson and Asonah Alexander found themselves in foul trouble.  Missing out on at least 15 minutes of play the Owls had to go smaller on defense and forced them out of their normal rhythm on offense.

For the large part of the Owls season, Jasha Clinton and Mia Davis have been the leading scorers.  Not much changed on Wednesday as Davis’ 23 and Clinton’s 20 points came four shy of scoring every point for the Owls.

“When you have two of your starters on the bench pretty much the entire game, it’s going to be those two guys, (Mia Davis and Jasha Clinton) because we don’t really have a deep bench,” said coach Cardoza.

The defensive effort was very positive in the game for the Owls.  The twenty-two points scored by USF in the first half was their lowest total of any first half this season.  While Temple didn’t come out victorious, they stuck around with the #13 ranked team in the country.

“The last two weeks, defensively we have been better,” said coach Cardoza.  “On Saturday we have to go out and do the same thing, If we do it against South Florida, it can’t be a let down when we go to Central Florida, we have to play with that same intensity making sure that we’re paying attention and doing the little things.”

The Owls are going to have a chance to bring that same intensity on Saturday when they head over to UCF.  The UCF Knights are just a game out of first place in the conference behind USF and are looking to get revenge on Temple after they handed UCF their lone conference loss. 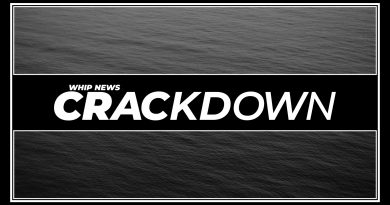 A Tense Week Around the World | WHIP News Crackdown