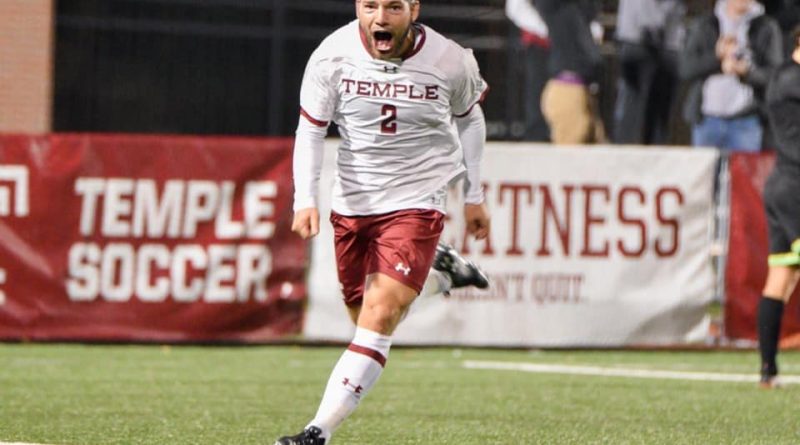 As Esteban Suarez looks back on his college years, he has prepared himself well for the future thanks to getting involved with Temple student media.

Suarez has made a name for himself on the pitch and in the studio.

The defender has been a standout player for the Temple Men’s Soccer team over the past few seasons.

Growing up in Mexico City, Mexico, Suarez set his sights on becoming a professional football player, or soccer player as we call it in America.

His father, Esteban Suarez Fernandez, was a professional soccer player in Mexico’s first division. He played for the likes of Necaxa, Puebla, and Toluca.

After his first year at Temple, Suarez realized he needed a plan B if his plan A of becoming a pro soccer player didn’t work out.

Suarez found an interest in sports journalism and media which would give him the opportunity to cover the sport he loved if he wasn’t playing it.

“I realized it was hard to become a professional soccer player,” said Suarez. “The best way to keep in touch with the sport I love was through sports journalism.”

The defender always had the passion of a writer within him. While he didn’t grow up wanting to become a journalist, he adopted writing as a hobby before he came to Philadelphia.

Back in Mexico, there were no opportunities to get into writing professionally like there are at Temple. If you were going to school for soccer, your sole focus was soccer.

“I love writing and have always been a writer,” said Suarez. “I was doing it more as a hobby, more of a personal journal for therapy.”

Esteban Suarez arrived at Temple for the spring 2019 semester after signing with the Men’s Soccer team.

His first semester abroad was filled with GenEd’s and adapting to life as a student-athlete. Suarez had limited time to connect with people in the field.

The Communication Studies major split his summertime by taking classes and playing in a summer league with Reading United.

Suarez was enrolled in a small summer class with Temple professor Dr.Scott Gratson and three or four other students.

“Dr. Gratson is one of my angels here at Temple,” said Suarez. “He was always asking you about yourself and was really interested in me.”

During the beginning of the 2020 fall semester, Suarez was a guest on the Cherry Tribune Podcast. The Cherry Tribune is a podcast hosted by Sam Cohn that allows Temple athletes to let their stories be heard from their perspectives. It’s a collection of stories that gives insight into what makes the students who they are as people and athletes.

“The podcast was really interesting for me,” said Suarez. “It was the first time I was being interviewed in a professional setting and I was able to tell people my story.”

Suarez’s first involvement with student media was as a writer for Temple University’s LatinX Media.

Through his position with LatinX, he was able to expand to other outlets around Temple.

Thomas Hernandez, a Latin communication student, and another student helped Suarez get introduced to Lo Ultimo.

Lo Ultimo is the Spanish version of Temple Update, a weekly, 30-minute news program. Suarez would be an in-studio host as well as a reporter for the show.

Esteban Suarez’s main role with the show was as a sports anchor.

“It was a great opportunity for me,” said Suarez. “It’s been one of the best opportunities I have found here at Temple.”

Suarez found another home for himself when he joined the sports department at WHIP Radio.

He continued to grow as a writer thanks to covering various sports on campus through WHIP Sports. He also got his first taste of live radio with a spot on Thursday’s edition of Temple Sports Hour.

Suarez is also a co-host for the ‘Set Piece Soccer Show’ on WHIP Sports Twitter with myself (Owen Boyle) and Sean McMenamin. The hour-long show airs every Monday at 6 and focuses on Premier League Soccer.

“Being on radio and on the show has helped me a lot,” said Suarez. “With broadcasting, I keep learning and have also seen an improvement.”

During the spring sports season, Suarez had his first taste of play-by-play commentating. He was involved in Temple Athletic’s first international ESPN+ broadcast.

The men’s soccer player was able to commentate on a women’s soccer game at the Temple Sports Complex. Thanks to the help of Associate Athletic Director of Video Production Kevin Copp, Suarez was given the opportunity.

“It was definitely something different,” said Suarez. “I learned a lot from being the only one on the broadcast and having to keep track of everything happening on the field.”

Outside of Temple, the native of Mexico City has had a number of journalism and media internships.

Suarez started his first internship with Al Dia News right as the global pandemic began. He wrote articles and stories on the daily happenings in Mexico, all done remotely from his home. The workday would usually consist of writing three articles for Al Dia.

“It was a writing internship which is why I loved it,” said Suarez. “It helped me grow as a writer and a journalist.”

When Suarez came back to Philadelphia in the fall of 2020 he acquired an internship with Area Sports Network. The website specializes in men’s and women’s soccer news across the country.

Suarez worked as a bilingual reporter and journalist. He covered the Philadelphia Union and Major League Soccer during the 2020-2021 season. During the pandemic, he was able to attend games as a member of the media when the stadiums were still closed to spectators.

“It was an opportunity that few people are able to have,” said Suarez. “The way that the guys at Area Sports Network were able to help me was huge.”

Most recently, Suarez joined Not For Long Media as an intern. N4L Media is a podcast hosted by current Carolina Panther and former Temple football player Colin Thompson.

Suarez helps with editing and social media. He was introduced to Thompson by Justin Miller, the head athletic advisor at the Resnik Academic Support Center.

“It has been brief, but it’s been a pretty fulfilling experience, said Suarez. “I’ve been learning a lot from my time with him.”

With all of his internships and extracurricular activities, Suarez managed to balance being a student and an athlete as well.

“The pandemic was one of the best things to happen to me,” said Suarez. “While it took away my soccer season, it helped me connect with other people and gave me the chance to get involved.”

Suarez and the rest of the Temple Men’s Soccer team was preparing for their normal fall season in 2021 when the NCAA and AAC decided to push the season back to the spring. This gave Suarez the time and opportunity to expand his horizon within Temple student media.

The senior was taking fewer credits in the spring semester which helped him manage his athletics, academics, and extracurricular activities.

“I’ve been able to be more proactive in other aspects of my life rather than just soccer,” said Suarez.

Suarez also used the spring semester to reach out to professionals in the sports journalism and media field. He has already had conversations and interviews with individuals in the Philadelphia area and around the country. Temple has helped him gain experience for his desired field and has also put him in contact with some of the industry’s best.

While Esteban Suarez has just graduated and already returned home to Mexico, he plans to return to America and work in the field he loves. 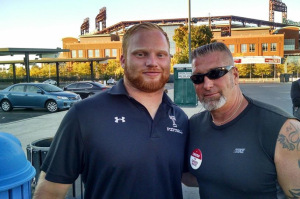 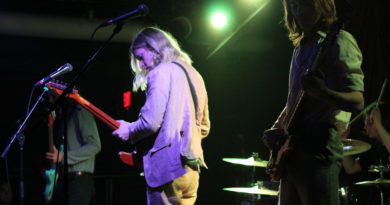 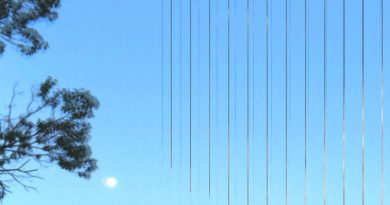