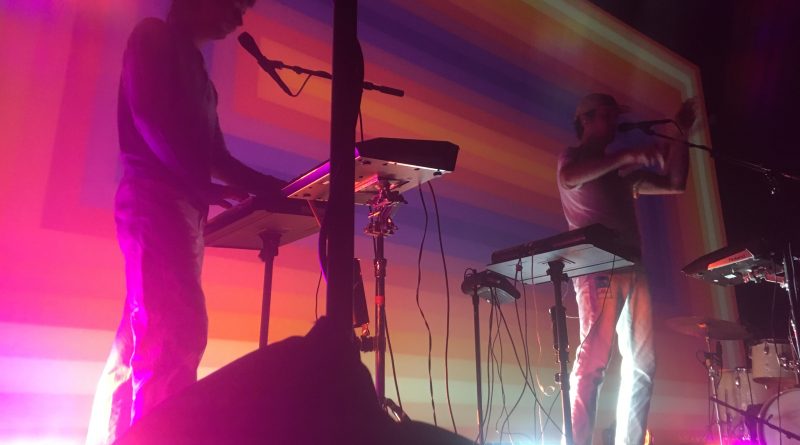 The Union Transfer, an intimate concert venue housing underground and obscure acts, was glowing purple and filled with fog on August 30 in preparation for Washed Out. Showing up right as the doors opened, I was able to catch a spot leaning against the stage. The most thrilling part about Union Transfer is that there is no space or rail between the artist and you, allowing for a certain intimacy between the artist and audience.

As the small group of fans were impatiently awaiting opening act, Dega, to come out, the venue started to fill up. Right at 8:30 PM, the entire place went dark and laser lights created a beautiful visual in the back against the upstairs loft. The indie pop duo is comprised of Aslyn Nash and Kalen Nash. The two came out stoked and ready to wow the crowd, which they did. The bass was practically shaking the entire place and the obscure keyboard sounds had everyone including myself, mesmerized. The pair had angelic voices that complimented each other’s beautifully. It was clear that Dega was passionate about their music and they performed a hell of an opening act, but by the end of their set everyone was ready for Washed Out to make their way out.

Ernest Greene is the man behind the magic of Washed Out. In 2009, Ernest began working on his first EP, “Life of Leisure” and released it the same year. Following the EP’s success, Washed Out released three more albums, the latest being a visual album “Mister Mellow” released this past summer. The large screen behind the stage indicated that we would definitely be experiencing some trippy visuals during the performance, which was confirmed as soon as the music started. The entire visual album played as the crowd swayed to the dreamy and chillwave music.

Before performing hit song ‘Hard to Say Goodbye’ Greene said, “I haven’t been to Philly in about 3 or 4 years, so I’m going to make it good.” Washed Out had the Union Transfer in a trance. Fans were enthralled by Greene’s stage presence; bumping along to the beat and working with his synth and mixer to create the unique Washed Out sound that everyone was there for. My personal favorite performance and visuals of the night was ‘Floating By’. However, Washed Out’s classic hit ‘Feel It All Around’ was for sure the crowd favorite. Just as I thought Washed Out was wrapping up their set, Greene came out to perform two more songs after the entire crowd was cheering, “One more song!”.

Washed Out absolutely killed it at the Union Transfer this week and I highly recommend catching Greene on tour before it wraps up in November. I’m highly anticipating future Washed Out releases, and I have no doubt Greene will go much further than he already has in his music career.

Feel It All Around 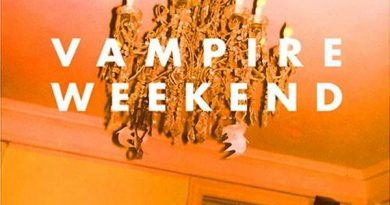 PLAYLIST: Back to School 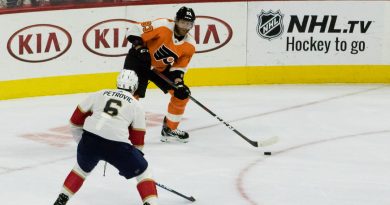 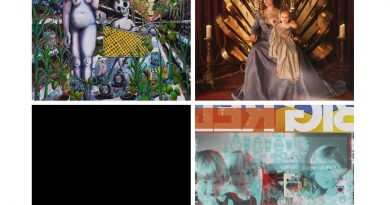