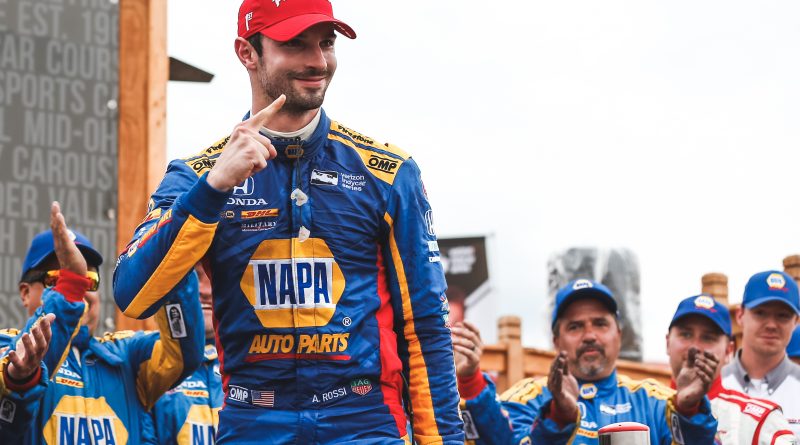 It was going so well for Alexander Rossi.

The Andretti Autosport driver finished on the third step of the podium for the first two races before snagging his first win of the 2018 IndyCar season at Long Beach. He then went on to finish in the top-five four times over the next six races, finding himself 23 points behind leader Scott Dixon after the race at Texas in June.

Rossi finished 16th, 9th, and 8th at Road America, Iowa, and Toronto, respectively, and the championship battle he was engrossed in was slipping from his fingers. Josef Newgarden leapfrogged him for second in the standings, and he was now 70 points behind Dixon. With pressure from behind starting to build, Rossi needed to try something a little strange to get back into the hunt.

At Mid-Ohio, he did just that. After starting on the pole, Rossi was the only driver to attempt a two-stop pit strategy in a race in which everyone took at least three stops. When the rest of the field entered the pits for their third stop, it was clear that Rossi just needed to manage his tires and finish the race smoothly. He won by almost 13 seconds over Robert Wickens and re-took second in the championship, cutting Dixon’s advantage to 46 points.

Heading into the final stretch of the season at Pocono Raceway, Rossi has started to build momentum. “It’s what we needed,” he said. “We said coming into this weekend that we have to execute for five weekends in a row; this is the start of that, hopefully.”

Pocono marks the penultimate oval (or, triangle) race of the year with Gateway being next Saturday. It certainly bodes well for Rossi that he has been strong on ovals this season, finishing on the podium at Phoenix and Texas as well as driving to a fourth-place finish in the Indianapolis 500. Pocono was the site of his best oval finish last year, as he ended that race in third.

Still, nothing will come easily for Rossi, especially with Dixon controlling the leaderboard. Dixon has only finished outside the top-six twice all year – 11th at Long Beach and 12th at Iowa – and remains the perennial favorite to win the title. He started ninth at Mid-Ohio, and although he finished fifth, he had the speed to finish stronger. He was less than a second behind Newgarden and set the fastest lap of the race.

Dixon is as consistent as they come. This isn’t an unnatural spot for him to be in late in the year.

It’ll be a tough task to overcome the 46-point deficit for Rossi, but with the double-points finale in Sonoma and his ever-growing confidence, the disadvantage might not be as big as it appears.

Besides, it’s better than being behind by 70 points. 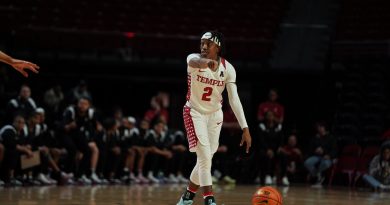 No. 24 Villanova Claws Back and Erases Temple’s Fourth Quarter Lead to Remain Undefeated