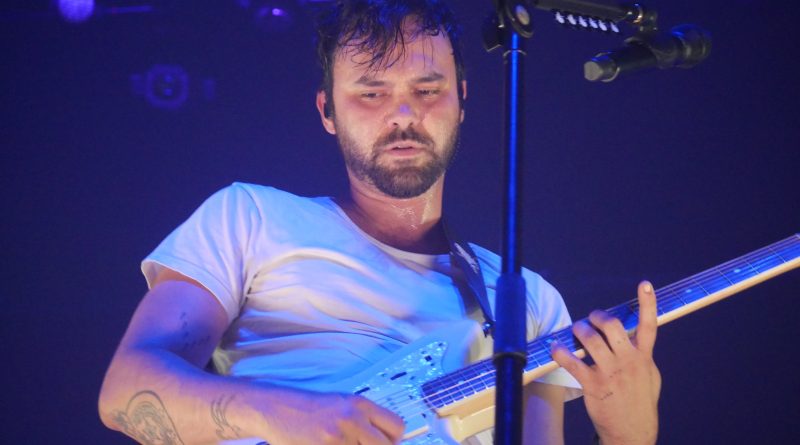 One of Philly’s most beloved hometown groups, Dr. Dog, played their inaugural show at The Met on Saturday night. Accompanied by Austin songsmith Shakey Graves, Nashville three-piece Liz Cooper & the Stampede, and two bottles of the Doctor’s home-brewed Stage Milk, the band took on their final stop of their summer tour. Dr. Dog vocalist Scott McMicken made an early appearance in the night, joining the talented Liz Cooper in a duet version of a Dr. Dog fan-favorite, “Shadow People”, to close out opening set.

A little known but very culturally important fact about Shakey Graves is that he played the role of a nerdy goon named E-Dog in Spy Kids 3D: Game Over. You heard it here first.

The cloudy, dystopian set propped behind the band reflected the cover and mood of Grave’s latest album, Can’t Wake Up. During “Mansion Door,” a dark, hopeful stand-out track from the album, the stage lights focused their beams onto a disco ball, while Graves and the crowd sang longingly together “under the light of a lonely star.”

His most captivating songs came out when the band walked off. Alone with his signature busker-style suitcase, equipped with two pedals for a kick drum and a tambourine, Graves turned from a charismatic frontman to a bonafide, streetside, one-man-band. The breakout hits from his solo Audiotree sessions, alone with the suitcase, remained hits with the crowd. You could feel the vibrations through the concrete from the stomps to the cautionary tale “Word of Mouth” and the dark, rollicking “Roll the Bones”. Telling stories both between and within songs, of heartbreaks and breaking hearts, even throwing in some call and response “because no one does that anymore,” Shakey Graves embodied showmanship and stayed true to his country-rock roots.

However charming and energizing Mr. Graves’s set was, it was clear to see the who the majority of the audience had bought tickets for. A drunken voice coming from the middle of the GA crowd, between every third song or so, would scream “Yeah! Dr. Dog!”

When the group finally walked out, to pale orange lights and roaring applause, the energy in the building immediately turned the recently renovated opera house into an opera home. Opening with a song from their third album out of ten, “Ain’t It Strange” felt like sitting down on your favorite cushion in an old couch and finding a crumb-covered $5 bill in the crack. The crowd swaying and singing along, the mood felt like an excited and slightly buzzed family reunion, in the least cheesy sense possible.

A large part of Dr. Dog’s allure lies in the way they tow the line between familiarity and uniqueness. They draw heavily on their 60’s rock inspirations, like The Band and The Beatles, but they haven’t ceased to bring something fresh to the table with every new album. Their stage presence, as well as their presence online, reflects that familiar feeling. Although they weren’t telling relatable stories between songs like their tour-mate Shakey Graves, they gave off a sense of relatability in their style and comfort onstage. A friend in attendance who didn’t know a single Dr. Dog song told me after the show that she was “jumping up and down and singing along” like she’d been listening for years. Lead singers Scott McMicken and Toby Leaman have a dynamic that few bands can emulate, with Scott’s reserved, beautifully nasally tone complimenting Toby’s gravelly, passionate wails.

Their simple, infectious singalong “Nellie” had the whole upscale establishment belting along like they were shoulder to shoulder in a pub. Afterwards, McMicken gave a shout out to his nephew who was in attendance and an aspiring musician himself, a reminder of the true homecoming for the group. Each song felt like a different highlight of the band’s career, playing songs spanning the fifteen years they’ve been together. “The Truth” brought down a flood of contended swaying and head nods, crooning in unison “let the raaaaaain fall,” while songs like “These Days” and “Broken Heart” had the get-up-and-go of two espresso shots on a sunny day.

The final song of their main set, the solitary and merry “Lonesome”, saw the Stage Milk in a human form emerge from the backstage darkness. A bearded man in black sunglasses and a milk bottle cutout costume waddled onstage and swayed behind the band. No one quite understands the mystery behind the milk, but the band has been bringing it around on tour with them and documenting it on social media. Not the entertainment the people deserve, but it’s the entertainment they need right now.

In an electric encore, “Where’d All the Time Go” sent chills down the crowd’s collective spine. McMicken looked directly out at the audience, singing his almost decade old lyrics “See how the hands go, waving goodbye.” As the audience’s arms imitated the lyrics in response, a smile ran across his face. “It’s a bittersweet affair ending the tour… but it always ends up being here,” he said to hometown cheers and shouts following the song.

Equal parts goofy and poetic, laid back and lively, Dr. Dog is truly one of the most entertaining and affecting live bands to ever call this city home. 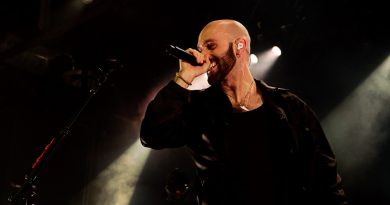 Feb 20, 2018 Natalie Crane Comments Off on XAmbassadors @ The Fillmore 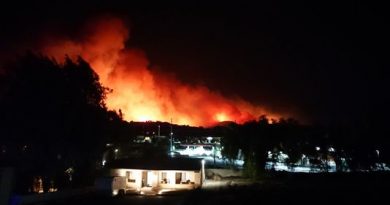 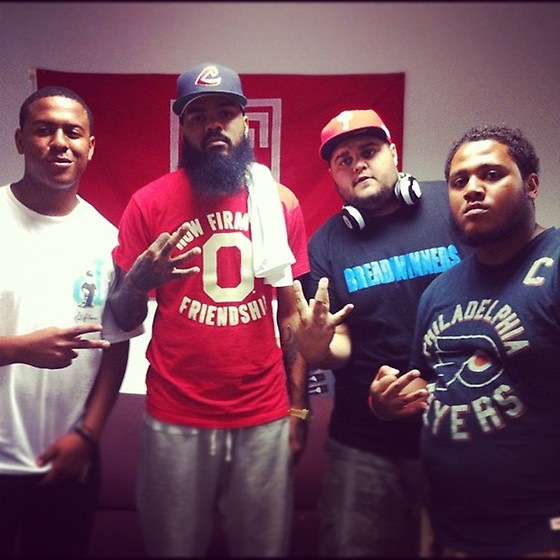