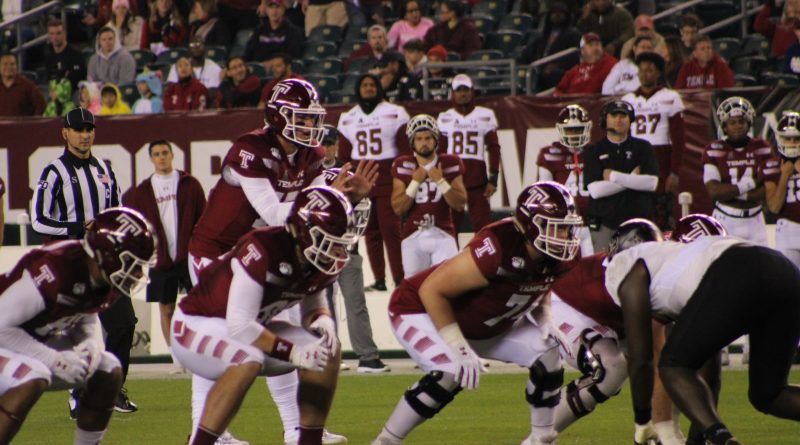 During a normal spring, Temple’s offensive line would have been working together on the field and running through plays, but everything changed for coach Tripodi’s group. Instead of practicing at the Edberg-Olson Football Complex, players had to communicate through Zoom calls and GroupMe to receive mental reps.

Nevertheless, the group was able to overcome unforeseen challenges and found a way to improve.

“They found ways to get better and certainly as coaches we have to facilitate that process and find creative ways through technology, different videos and drawings,” Tripodi said. “Now you can see the guys who focused on it are better for it right now, so definitely appreciate the work those guys put in.”

The offensive line group will look slightly different than a season ago. Most notably, Matt Hennessy and Johvan Fair have moved on and found their ways to NFL rosters. Both multiyear starters, they won’t be easily replaced on and off the field.

Their veteran experience and vocal leadership will be missed, but returning starters are prepared to step up as leaders.

“I need to be more of a leader this year and be more vocal,” junior offensive lineman Adam Klein said.

Picozzi is back in full swing and ready for the second-year of coach Carey’s system.

“Add another year under the belt playing in this offense, understanding it more and being able to work more in depth of learning defenses and how they will fit our schemes,” Picozzi said.

Another important factor for the team has been the development of Swedish born left-tackle Isaac Moore. Moore is entering his second year as the starter at left tackle for the Owls.

“His football development in general has been very good, Isaac hasn’t played a lot of football in his life,” Tripodi said. “ Last year having a football conversation with Isaac versus this year having a football conversation with Isaac you can tell that his football IQ has improved. Just the knowledge of the game, and that’s to be expected when you play a lot of football games. He’s been around it, he gets his second year in our system now. He’s very in tune with the calls we have and the terminology we have.”

Moore is excited to be in the same system and feels even more comfortable at the position moving forward.

“I feel like it’s easy now, a lot of the calls we switch some things up but I know the base scheme of things,” Moore said. “ it’s easy to look at the harder and more advanced things inside the system and see what defenses play and how they play.”

The newcomer to the group is CJ Perez, a transfer to Temple from Northern Illinois who was recruited by coach Carey’s staff.

Perez is excited to be reunited with the staff that recruited him and he’s ready for the season to begin.

“I’m planning on doing what they brought me here to do, I plan on being the starting center for the Owls and plan on playing my game, doing what I’m best at,” Perez said. “Being a leader and honestly just having fun you know especially with that’s going on right now in the world.”

Coach Tripodi is excited about the development of his younger offensive lineman moving forward.

“There’s still some youth but those guys have been in our program with our terminology now for over a year,” Tripodi said. “ You get into year two, you really get some development going and it’s just been fun.” 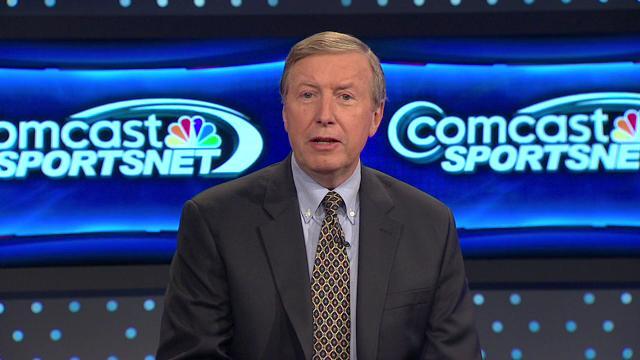 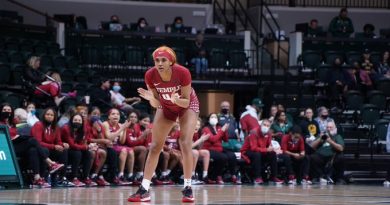